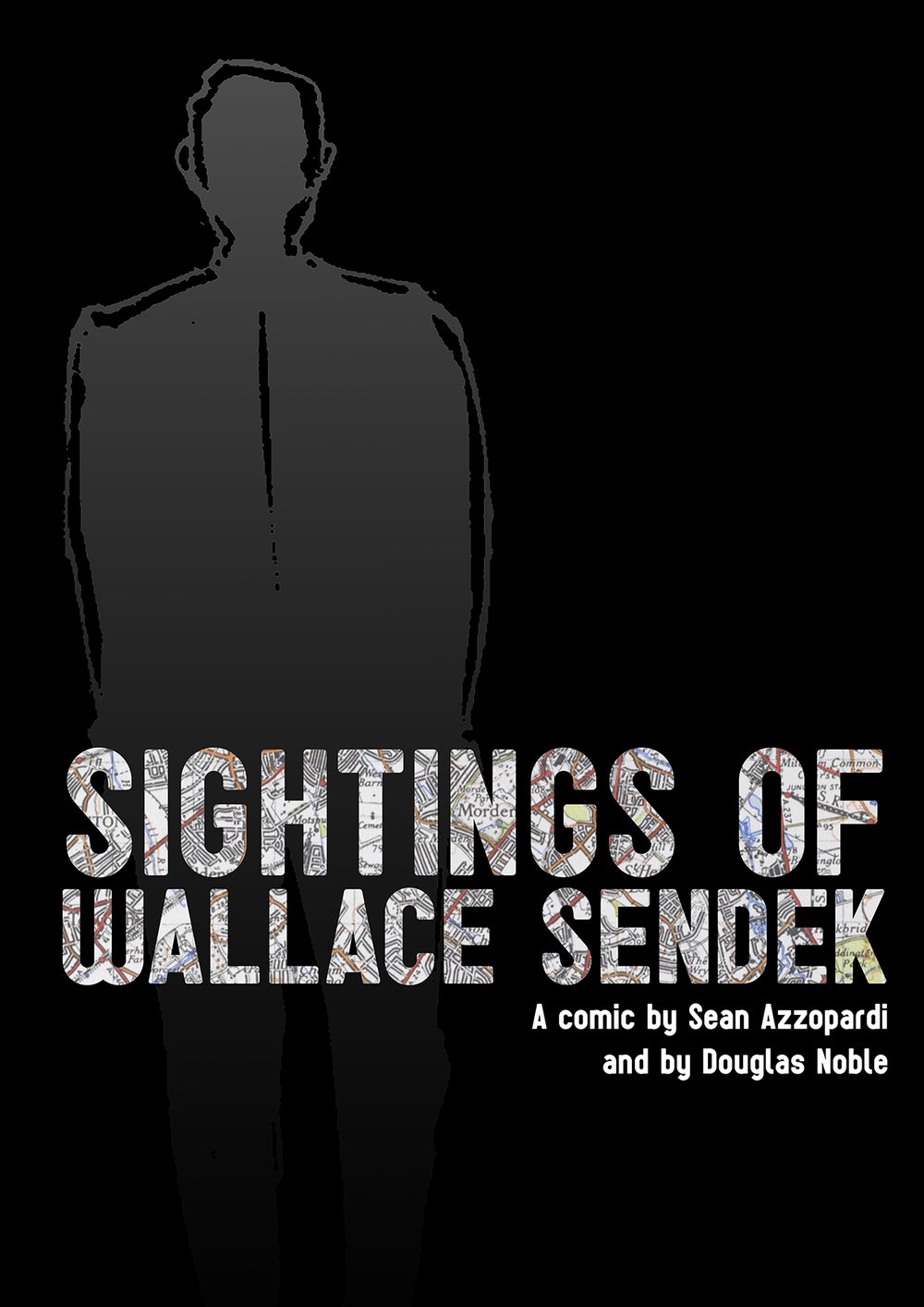 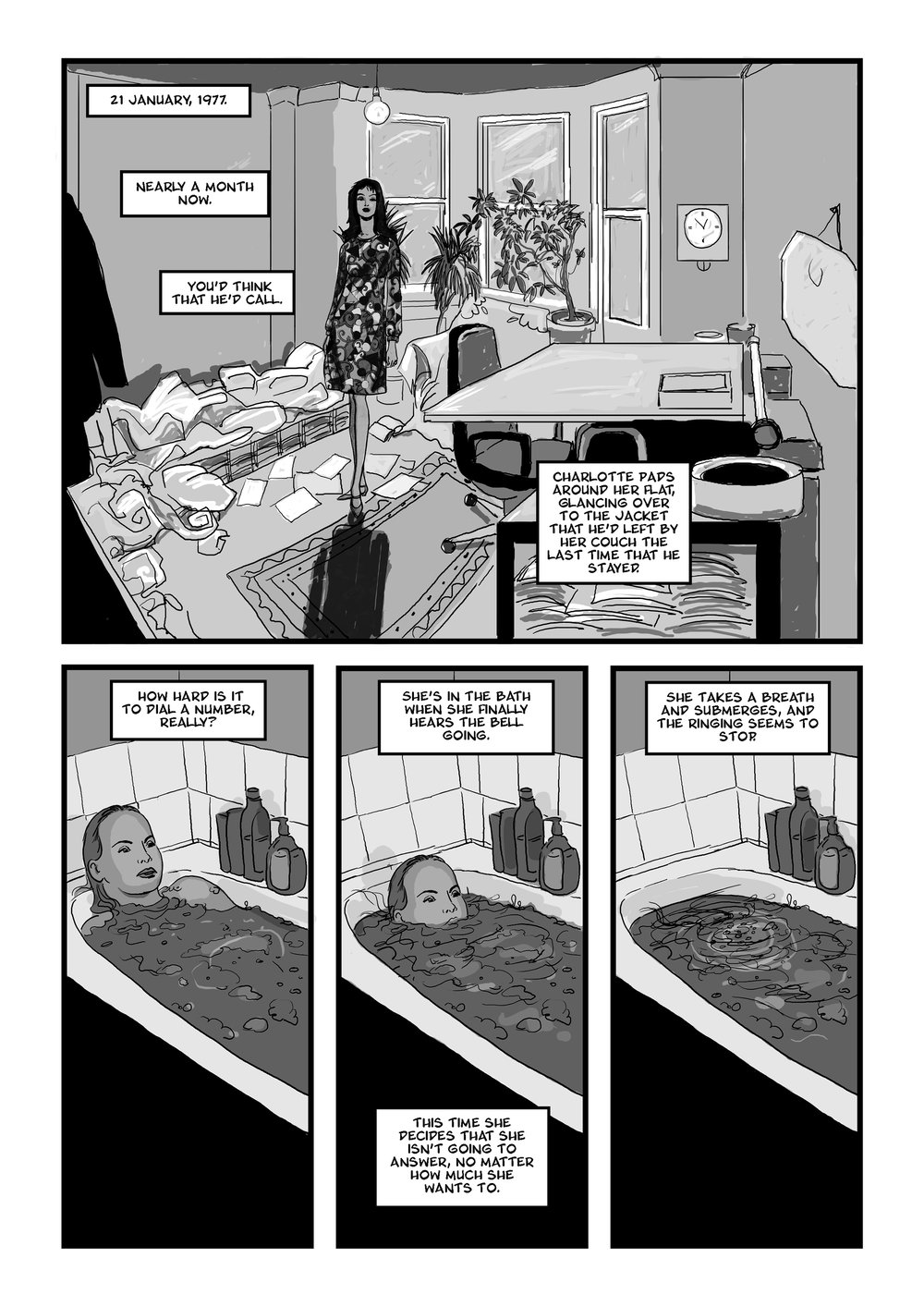 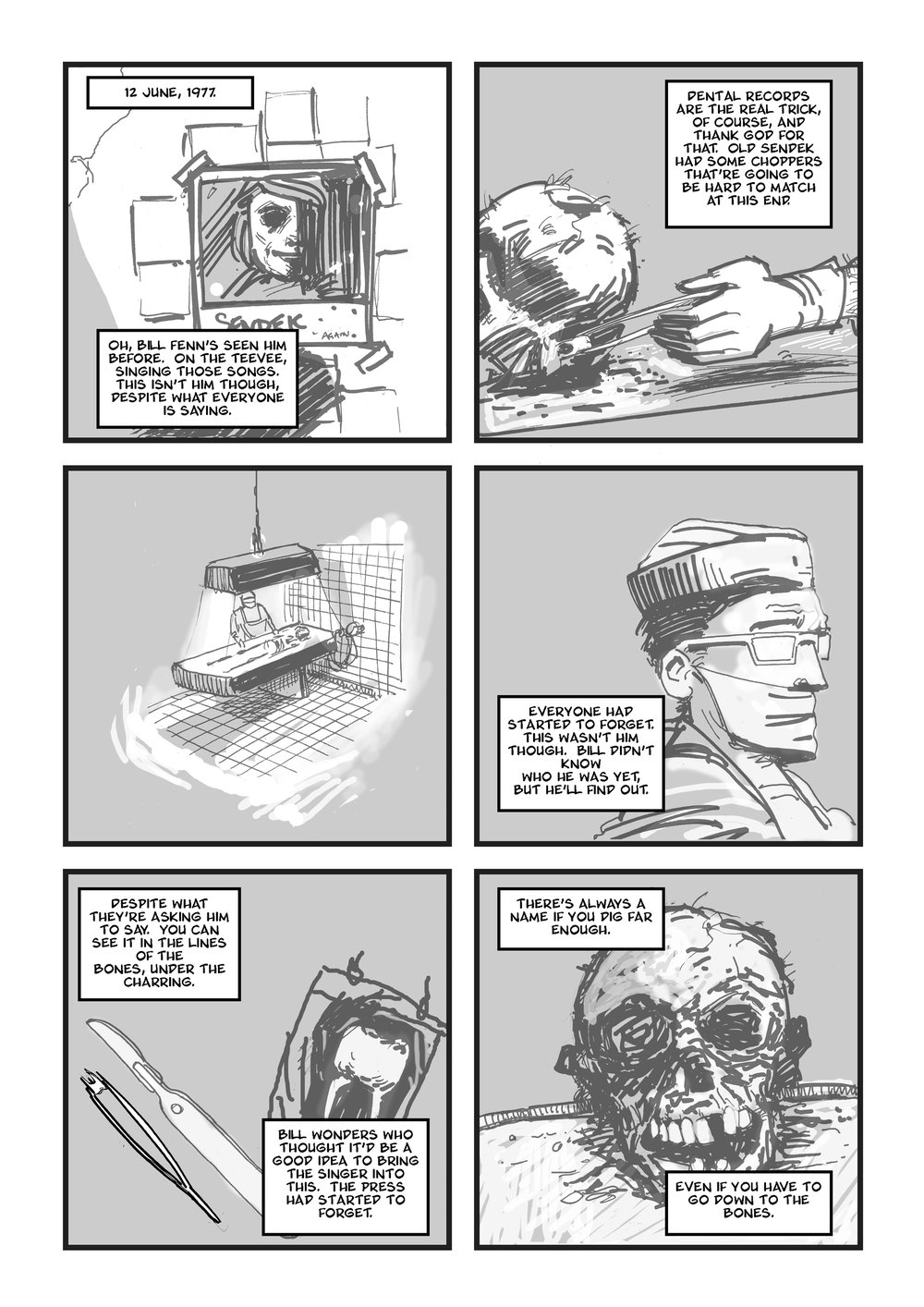 “The Ziggy Stardust myth as imagined by David Lynch, from two of the titans of the British small press.” – Kieron Gillen

On a cold, bright December morning in the 1970s, the rock star Wallace Sendek vanished. Since then, he has been seen dozens of times around the world, by old fans and strangers to his work. His silhouette is etched in the lines of every map, his shadow at the corner of the street, reflection in every window.

Wallace Sendek has disappeared; this is record of his sightings.

An expension of the original 2010 comic to 64 pages, featuring brand new art and secrets, from the original team of Sean Azzopardi and Douglas Noble.