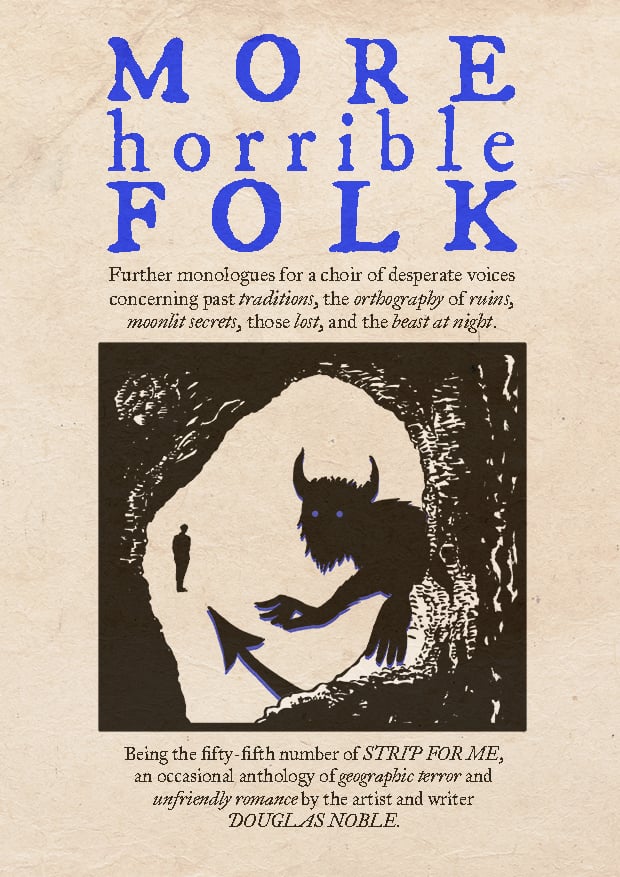 More Horrible Folk features further monologues for the choir of desperate voices concerning past traditions, the orthography of ruins, moonlit secrets, those lost, and the beast at night. Like Horrible Folk before it, it's a comic built out of the faces in the backgrounds of British horror television programmes, and sites sacred and profane from the British landscape. A true continuation of the themes of it's predessessor, rather that simply being a sequel, it remains a singular comic experience that demands to be read over and over again. What is the shadow against the moon, the rough beast steaming in the starlight? More Horrible Folk points the way.

A Man of Certain Talents: A Pocket Chiller
£5.00

I Claim the Souls of All the Dead: A Pocket Chiller
£5.00

Sold out
Ripple in the Dark: A Pocket Chiller
£5.00